Shit! Fuck! Cunt! Bastard! They are all pretty satisfying to say, but when you hurt yourself does your go-to word actually help to ease the pain? We all have that one deliciously dirty swear word that just slips out inadvertently when we are shocked or hurt, but it seems a bit of a stretch to think that a simple word can trigger a physical reaction. A recent study from an English University has found that swearing and pain-relief are linked. 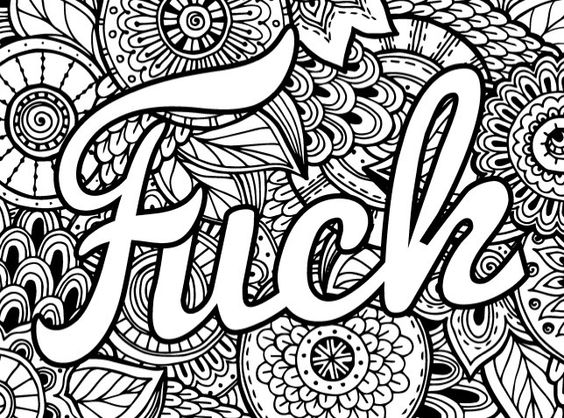 So now there’s no excuse not to send your mate that foul-mouthed break up card to help them get over the pain of their heartbreak. Okay, maybe that’s not the type of pain that this study is talking about, but who says that one of our, “Don't Cry Because It's Over, Smile Because That Twat Is Someone Else's Problem”, “Nevermind, We All Thought He Was A Cunt Anyway” or “Yeah! Single Again! Let's Go Cock Hunting” break up cards wouldn’t help to stave away your pal’s pain for an hour or two anyway?

Regardless of whether or not your chum’s emotional agony counts as real pain, a group of scientists at Keele University have found that letting rip and shouting the worst expletive you can think of generally does have a numbing or painkilling effect, especially if you’re not usually one to have a potty mouth (in that case, we would probably still be doubled over with pain).

To test their theory a group of student volunteers stuck their hands in a bucket of ice cold water while letting forth an absolute deluge of dirty words. The experiment was then repeated, but a more harmless word was used instead (probably the word “prude”). The researchers discovered that the volunteers who used the swear words could keep their hands submerged in the freezing cold water for longer than those who uttered the harmless words, and no, we’re not making this up! Therefore, a link was found between swearing and tolerance for pain, and if that wasn’t enough, the scientists also found that the numbing effect was four times more likely to work for those students that don’t normally swear. How they found a group of student allergic to swear words, we’ll never know…

It is believed that the pain-killing effect comes from our innate ‘fight or flight’ response being triggered by the audacity of the swear-word, which increases our heart rate and in turn, numbs the pain a bit. It may not come as a surprise, but swearing is also linked to aggression, as when the swear word was repeated throughout the study, the participant’s levels of aggression increased as a way to show how macho the person could be, which is also part of the ‘fight or flight’ response. So there you have it, swearing not only triggers an emotional response, but it also triggers a physical one which can help us to survive by downplaying the pain we feel. So next time someone reprimands you for your use of foul-language, just tell them you’re self-medicating!

Now that you’re armed with the knowledge that swearing can help lessen your pain, why not be a good pal and send your sick mate one of our “Don't Rush Back To Work, Because Everyone Thinks You're A Cunt #getwellsoon” get well soon cards to help make their broken leg, or flu symptoms feel better for a while? You’ve definitely got no excuse not to send your mates our helpfully sweary break up cards or divorce cards to help heal their emotional trauma, so what are you waiting for?