It would seem that every single year Christmas gets earlier and earlier, with people sending Christmas cards, buying presents and putting their Christmas trees up in October, or in some very extreme cases, even September. It’s not even Halloween yet, and some people’s houses are already grandly adorned with holly, robins, glitter and tinsel, and quite frankly, it’s not okay.  While it is in fact okay to start buying your rude Christmas cards from our cardshit.com website, so you’re prepared for December, it really, really isn’t okay to be actually posting out our “All I Want For Christmas Is You...To Go Down On Me”, “I'd Wish You A Merry Christmas But You're A Wanker” or “It's That Time Of Year To Pretend You Like Your Family #merryfuckingxmas” rude Christmas cards to your family and friends just yet. 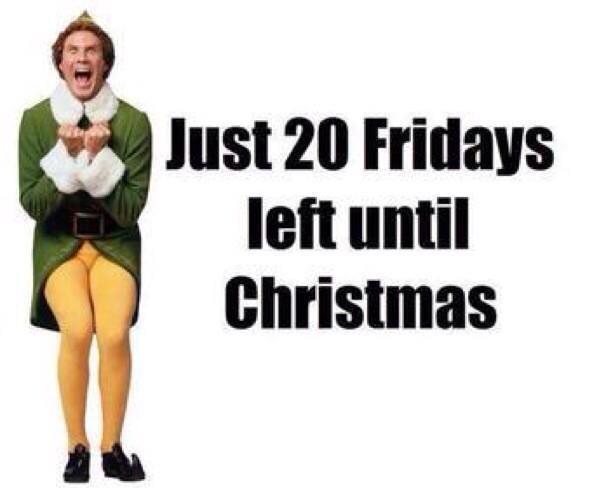 Christmas is a wonderful time of year filled with mountains of delicious food, plenty of booze and far too many fights with your nearest and dearest, so why ruin it by starting all the fun prematurely with festive Christmas cards in September? Technically, Autumn has just begun, and we all know that the rules of life say that you can’t be posting Christmas cards or putting up your Christmas trees until Winter is in full swing (actually, Winter begins on 21st December this year, so you could probably start sending your rude Christmas cards and putting up a few decorations the week before Winter finally arrives, but don’t tell anybody we said so).

It’s not just us that are complaining about how early the festivities are beginning, in fact, Christmas is starting to come so early that there is even a word for the phenomenon of shops starting to sell Christmas stock before the appropriate time has arrived. ‘Christmas creep’ as it’s known, is a term that was first used in the mid-1980s to describe retailers that introduce Christmas themed items and products to their shelves for sale before the start of the traditionally accepted holiday shopping season, which is the day after Thanksgiving in the USA and the start of November in the UK. Although the beginning of November is seen as the acceptable start of the shopping season, many shoppers have actually figured out that it’s the worst time for deals and bargains as many retailers hold out for Black Friday (which is the 24th November this year), and Cyber Monday (which is the 27th November this year) before slashing their prices.

While some folk are practically overjoyed that they can get a jump-start on their Christmas shopping while it’s still summer, other (saner) members of the public are outraged at the polluting and diluting of the festive season as a whole. If Christmas preparations really do start happening in September, then that leaves only 8 months of the year where Scrooges like us can escape the irritating cheeriness of Christmas films and Mariah Carey’s ‘All I Want For Christmas Is You’, which in our opinion isn’t nearly enough time.

However, if you don’t really give a shit, and you just love Christmas so much that you can’t help but get your baubles out for everyone to see in September, then maybe one of our “Sorry I’m a Cunt” or “Sorry I’m a Twat” rude sorry cards would be more appropriate to send out to all of your mates at this time of year so they at least know what kind of person you really are…