In today’s time, you have the opportunity to walk into any corner shop and pick birthday cards with lame and lame birthday quotes. Or worse from some hipster joint selling wanky coffee which has passed through the arse of some marsupial. Greeting cards can be found everywhere today, irrespective that it is a grocery store, a gift shop or even a pharmacy... which is supposed to sell pile cream and condoms.

Birthday cards however the most intriguing of origins.

Most people are not properly familiar with this history and the tradition of birthday cards...possibly as they don’t give a shit

How Did The Tradition Start?

Have you ever thought who sent the first birthday card? Do you ever wonder, how did this tradition start and who started it? Probably not, but cardshit.com is going to tell you anyway…

With the advent of postage stamp, the sending and exchanging of birthday cards became famous in the 1800’s, when this process became fairly cheap and inexpensive. Moving on, in 1856, the first German owned American greeting card company came into existence, producing Christmas Cards. In the early 1930’s the color printing process started meaning birthday cards and greetings cards could be produced en masse. 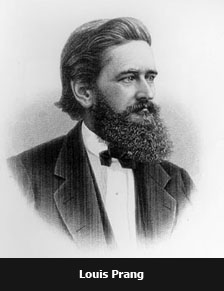 After the color printing process began, the manufacturers spread their wings and started producing cards for Valentine’s Day, which was celebrated by your grandparents with excitement and pleasure. However, the real revolution started after the 1950’s when manufacturers remembered that there were other events as well they needed to cover.

The next time you reach for a birthday card without even looking at, pause and give it some thought. When you wish someone happy birthday with a card make them laugh not just smile. You are wishing them a happy ‘you’re one year closer to dieing’ after all. So don’t even go outdoors, don’t risk getting knocked over or having to feign being pleasant to people in the street, instead use those chubby thumbs of yours to visit cardshit.com.

We’ll do your thinking for you, albeit a little crude.

We’re not afraid to print what you really think. Our puns will offend some people, but, that’s the point. As long as someone out there is Lol’ing or ROFL’ing then we’re happy little potty mouths.