Morissey and the Smiths

Did you know that Morrissey won’t let the venues that he plays sell burgers, or any kind of animal product to his audience? I mean, each to his own, but just because you don’t eat meat, doesn’t mean you have to ruin everyone else’s fun, right? What an absolute cunt! However, if you don’t think that Morrissey is an absolute self-involved dick-weasel, then you might be interested in the fact that Morrissey fans can now buy a whole array of Morrissey birthday cards from the Moz For Every Occasion website. We’re not sure why anyone would buy a Morrissey birthday card, but as we said, each to his own. 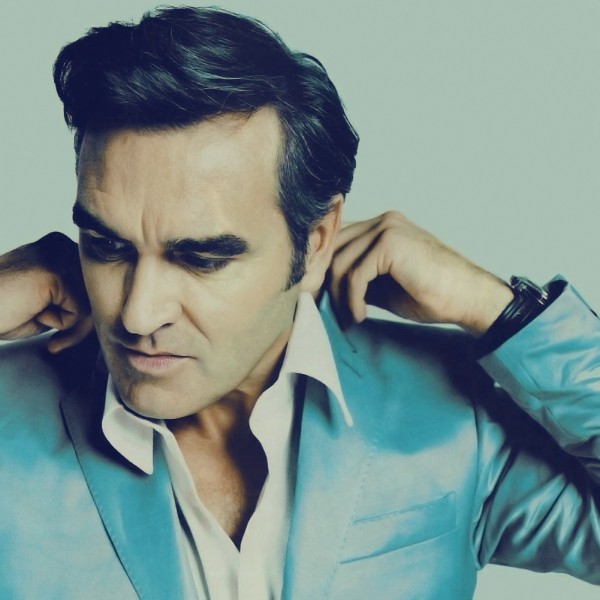 Featuring famous lines from The Smiths and Morrissey songs, husband and wife team James Coventry and Alejandra Riaz from Peckham in South London set up the website together and claim to be massive fans of the English singer. Although, how anyone can listen to the depressing screech of that self-righteous ball bag for more than a few seconds is beyond our comprehension.

If you’re lucky enough not to know who Morrissey is, then here’s a little history lesson: Steven Patrick Morrissey was the front man of hugely successful Mancunian rock band, The Smiths until they disbanded in 1987. That’s all very well and good we hear you say, but were they any good? Well, music magazine NME named The Smiths ‘”the most influential artist ever” in a 2002 poll, whilst the BBC declared Morrissey as a solo artist “one of the most influential figures in the history of British pop”, so take from that what you will. Aside from his music, Morrissey is known for his political activism, anti-royalist views and stringent celibacy, alongside his veganism, bisexuality and generally being a grumpy fucker.

Having sold more than 1000 of the cards online and at markets in both Spinningfields and Levenshulme, some of the best selling Morrissey inspired birthday cards include the lyrics “I’ve Come To Wish You An Unhappy Birthday” and “It’s Not Your Birthday Anymore”, not to mention the amazingly cheery “And The Turkey You Festively Slice Is Murder” controversially rude Christmas card.

Website owner James said: “The idea came to me because he has so many lyrics which feature birthdays and other events which could be used on cards. Looking back over 30 years of his career there is plenty of material to choose from. When you look at where our orders come from they are mostly in the north, including Manchester. A lot of people seem to buy the cards for themselves, but we do get a lot of people buying at Christmas and Valentine’s Day.”

With songs that have names like, It’s Not Your Birthday Anymore, I Have Forgiven Jesus, Staircase at the University and Back to the Old House, we can see how apt Morrissey songs are for birthday cards, Christmas cards, graduation cards and moving cards, but these greetings cards don’t have a patch on our oh so poetic  “Birthday Finger Up The Bum?”, “Happy Anniversary Of The Day You Popped Out Your Mum's Front Bottom #happyfuckingbirthday” or “Happy Birthday Cunt Head” birthday cards, or our “All I Want For Christmas Is You…To Go Down On Me” rude Christmas card but whatever…