It looks like a few of the “Good Luck Cunt” and “Good Luck, Don’t Fuck It Up” rude good luck cards from our cardshit.com website are in store for ITV’s X Factor after reports that BBC’s Strictly Come Dancing has finally garnered double the viewing figures of its rival. 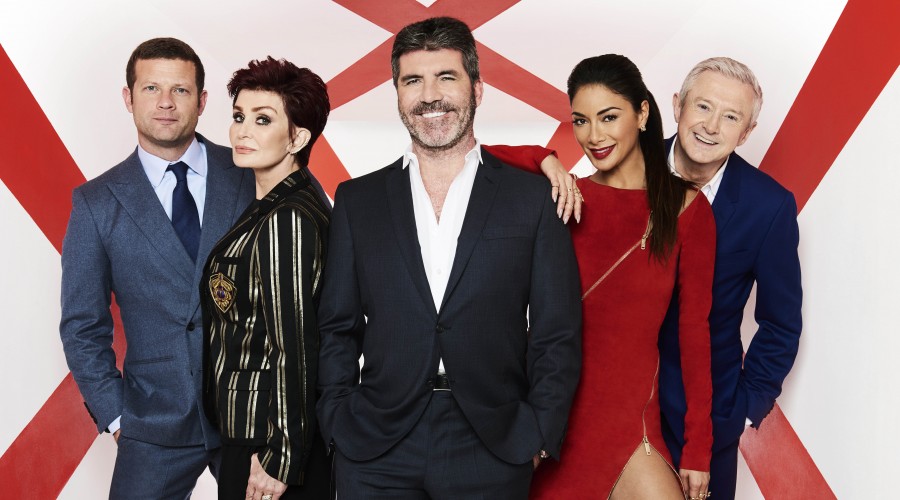 Will Simon Cowell be smiling for much longer?

It’s a well-known fact that there has always been some sort of a fight between the different broadcasters for who will win the ‘battle of the Saturday night’, and it appears that Strictly Come Dancing is sashaying home with the prize for another year. Airing between the times of 8.20pm and 10.20pm X Factor gets an average of 5.2 million viewers, whilst Strictly Come Dancing airs between 6.35pm and 8.20pm and is smashing the competition with 10.7 million average viewers. Despite airing X Factor at a time slot that doesn’t clash with its competitor and adding a live performance from One-Direction star (and former judge Cheryl Cole’s baby daddy) Liam Payne, nothing seems to be working for the show which is in dire need of those good luck cards!

Losing in the ratings isn’t Simon Cowell’s only headache this week after he suffered a horrific fall at his home and was forced to miss X Factor’s first live show. The 56-year-old TV mastermind and judge of the show is likely to miss the second live show on his doctor’s advice, but is expected to make a full recovery. His Britain’s Got Talent co-star Aleisha Dixon is rumoured to be standing in for him until he returns to the show.  No doubt Cowell’s co-stars Louis Walsh, Sharon Osbourne and Nicole Sherzinger will be sending the star some of our “Don't Rush Back To Work, Because Everyone Thinks You're A Cunt #getwellsoon”, “Get Well Soon, Because I'm Doing All Of Your Fucking Work #getwellsoon” and “Man The Fuck Up #getwellsoon” rude get well soon cards after his injury.

This was an especially big year for Strictly Come Dancing after former host Sir Bruce Forsyth passed away aged 89. The show honoured Brucey by showing a montage of his best ballroom bits alongside touching tributes from his Strictly co-stars, but that’s not the last we heard of the beloved entertainment host. Producers of the show have reported spooky goings on this week such as feeling “a friendly presence”. Not to worry though, as International medium and ghost hunter Mark Smith told the Daily Star, “When we pass away the soul returns to the place we were happiest at in the physical world. For Bruce that could be at the BBC. He loved being in the public eye so it’s natural to think the studio is where he felt most at home. It’s up to people whether they want to believe it is Bruce but it’s not unreasonable to think it could be.”

Who knows, maybe Sir Bruce is helping the show to achieve its sterling ratings? Benevolent spirits aside, X Factor better pray for a few more good luck cards if it wants to still be here in a few years’ time.