Freedom of Speech is in Decline

It is not the first time that French philosopher Voltaire has been quoted defending free speech with the words, “I disapprove of what you say, but I will defend to the death your right to say it”, and it most certainly won’t be the last. But is it time to shout these words from the rooftops in protest at the state of freedom of speech in the world we live in? Our freedom of speech is in jeopardy, and it needs all the rude good luck cards possible to help save it. 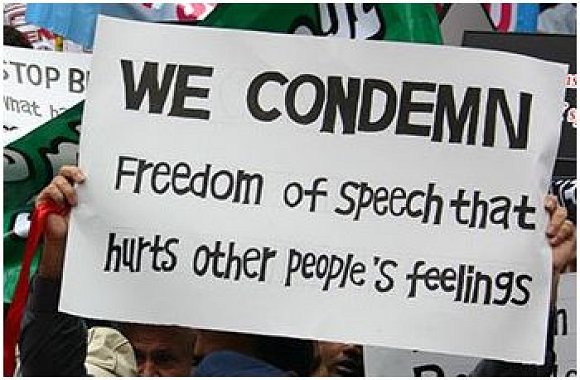 No matter what we are told, we no longer live in a society where we truly can say whatever we want, whenever we want, to whoever we want. Now, we don’t by any means condone when people shout about their controversial opinions and make people feel scared or uncomfortable, but we do believe that you shouldn’t have to be worried about being overly politically correct, or being all polite and stuffy all of the time out of fear of upsetting somebody with a non-aggressive remark. So you might want to get those “Good Luck Cunt”, and “Good Luck. Don’t Fuck It Up” good luck cards posted out before it’s too late.

A recent article by author Julia Serano, posted on Medium, made a good point by saying, “we have the right to free speech, but that right is somewhat limited. We are by no means entitled to “free speech without criticism or consequences,” nor are we entitled to an audience.”. Therefore, in some aspects, speech is still free (for the most part), but it does not mean that you can simply say what you like and get away with it, which isn’t always a good thing.

Perhaps the perfect example of this is when controversial conservative speaker Milo Yiannopoulous came to US universities DePaul and UCLA to debate issues of feminism, and riots ensued to stop him being allowed to speak. Just because you disagree with someone, doesn’t mean they shouldn’t be allowed to express themselves. It’s like banning Brussel sprouts at Christmas time, just because you don’t like the taste; juvenile, irrational and downright wrong.

In these delicate times where you can get into trouble for saying “sportsman” instead of “sportsperson”, or “last man standing” instead of “last person standing”, it’s only a matter of time before censorship creeps into more everyday things like birthday cards and get well cards, and before you know it, you won’t be allowed to send your mate a “What's The Difference Between 3 Cocks And A Joke? You Can't Take A Joke” greetings card because it’s offensive to people with 3 cocks.

Don’t even get us started on ‘super-injunctions’, so-called gagging orders put down by law to stop people mentioning certain facts or naming certain people. Just because you’re rich and famous, doesn’t mean that you deserve to be protected from the media. It’s just not fair. Especially in the internet age, there are no longer any secrets, and it doesn’t really matter if English newspapers or websites can’t publish people’s identities, because other countries can!

So quick, before we have to consult a lawyer every time we go to speak, be sure to shout out your opinions and thoughts loud and proud. Unless you’re a racist, homophobic, misogynist, bigot that is, you guys can actually keep your thoughts to yourselves.