We may have had a few weeks now to let it sink in, but we still can’t get over the fact that the world’s most adorable and loved-up couple, Chris Pratt and Anna Faris have split up. The loveable pair are probably exchanging a few of our hilarious “It’s Better To Have Boned And Lost, Than Never To Have Boned At All”, “Sorry It Didn’t Work Out. Can I Still Watch Your Netflix?” and “They Say The Quickest Way To Get Over Someone Is A Shit Load Of One Night Stands” rude break up and divorce cards right now, and it’s just not fair! Comparable to two hilarious and talented puppies falling out, it’s obvious that love is a lie and that no one is safe anymore. I guess the pair won't be requiring any of our cardshit.com rude anniversary cards any more then? 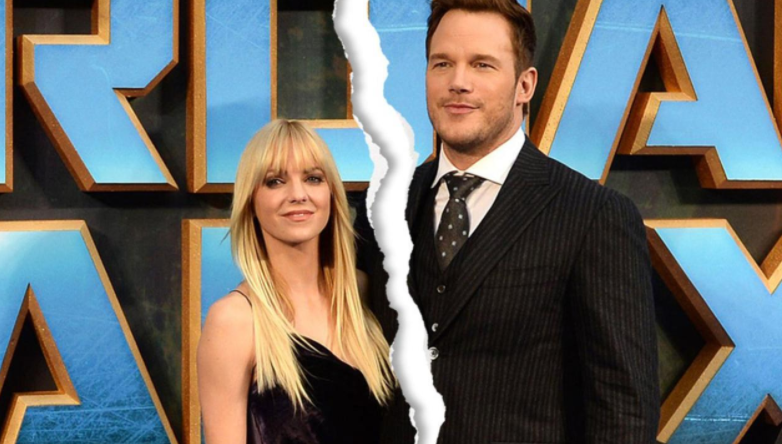 Shocking the entire world to its very core with a short message on social media, Chris Pratt (aged 38) and Anna Faris (aged 40) announced recently that despite being married for eight years and sharing a son Jack who is four years old, the couple were “disappointed” and had been trying “hard for a long time” to work on their marriage but would be ‘legally separating” from each other.

Despite the shockwaves that this statement caused, it was still nice to hear that the couple stated that their son still has “two parents who love him very much” and that they “still love each other and will always cherish [their] time together”. It all seems pretty amicable for now, so maybe the former pair really will send each other a few rude divorce cards to mark the occasion.

After meeting on the set of 80’s themed comedy film ‘Take Me Home Tonight’ back in 2007 (the film was released four years later), the relatively unknown Pratt wooed Faris who was already pretty famous thanks to filming four ‘Scary Movie’ films, ‘Brokeback Mountain’ and ‘Lost In Translation’. The pair got engaged in 2008 and married in 2009 before having their son four years later. Since then, Chris Pratt has become one of the most famous and in-demand actors in Hollywood thanks to his roles in ‘Jurassic World’ and ‘Passengers’ alongside Hollywood’s hottest actress Jennifer Lawrence, whilst Faris has been left at home alone in LA to raise their son. Rumours say that this alongside Pratt’s co-starring with Lawrence on the super-sexy space romance ‘Passengers’ has caused some tension between the two.

Despite what the Hollywood gossip says, we will soon learn the real reason these two are sending each other divorce cards when Faris releases her upcoming memoir ‘Unqualified’ in October this year. All will be explained.