Break Up Cards? Divorce Cards? What Better way to Show You Care?

Anniversary cards, birthday cards, christening cards… there are so many situations where people not only appreciate, but they actually expect a greetings card to mark the occasion. So why should break ups be any different? Break up cards and divorce cards are the ultimate way to say both “I’m thinking of you” and “I told you so” in one stylish little package. 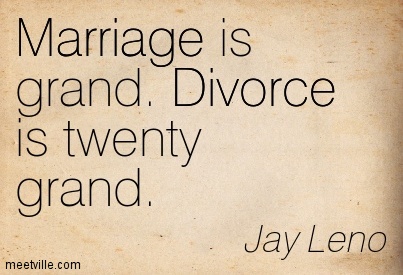 We all have that one mate whose partner never lets them out of their sight…You know the type, there’s the guy who always rushes home after work and claims he’d love to come out and get pissed with you, but the old ball and chain won’t let him, or the girl whose boyfriend won’t stop texting her asking where she is while she’s sitting right next to him. Nobody can cope with that forever and inevitably there comes a time when these toxic relationships break down and you find yourself simultaneously trying to comfort your poor friend, whilst rubbing in their face the fact that you always knew their (now ex) significant other was a dick.

That’s where we come in! What better way is there to cheer your pal up than sending them one of our delightfully distasteful divorce cards to help soften the blow?

Picture the scene: your friend is sitting in his grubby flat eating a Pot Noodle in his pants. He’s lost everything; his wife, his dog, his Netflix subscription. Another pile of bills fall through the letterbox and as he begrudgingly sorts through them he sees one of our charming little divorce cards that reads, “It was worth 50% of the house to get rid”. It might not be strictly true, but that’s bound to put a smile on his miserable face, isn’t it?

Or perhaps you know someone hasn’t gotten out of bed for a week, there are dozens of Kleenex littering the floor and she has mascara smeared all over her puffy, red face. She glances over to the bedside table and sees one of our break up cards which simply reads, “Nobody liked him anyway”. Now if that doesn’t give her a push to get back out into the murky dating scene, then we don’t know what will.

Regardless of the situation, divorce cards are (probably) the most effective break up cure known to man. Whether you need to cheer someone up after a particularly nasty split, or just reassure them that they’re better off going solo for a while, a cold pint (of either ale or ice-cream), a good old-fashioned moan and a thoughtfully funny card will never fail.

Break ups and divorce are now a way of life, with millions of wretched bastards being set free each year, and receiving a break up card or divorce card is just one of the few perks you can enjoy in your new nag-free life. Other perks of singledom include: never having to see your in-laws again, saving yourself the cost of a boring and lavish wedding and finally being able to download Tinder (once they’ve swiped right a few times, your mate will be sending or receiving dick pics like there’s no tomorrow).

From “Happy Divorce day…good riddance” to “I’m sorry your ex was a dick”, there’s a divorce card or break up card for each and every one of the newly single people in your life, and lucky for you, we’re the card company who isn’t afraid to print exactly what you’re thinking.

So next time you have a friend or family member who finds themselves the newly appointed mayor of alone-town, consider a break up card, the gift that keeps on giving.