The event of the season has come and gone, and Apple have finally announced a whole host of ‘new’ products at their very special 10th anniversary keynote presentation, but with little innovation and nothing much worth shouting about at all, Apple don’t even deserve one of the “I Just Card To Say I Love You #happyanniversary” or “I Love You, You Sexy Fucker #happyanniversary” rude anniversary cards available on our cardshit.com website. 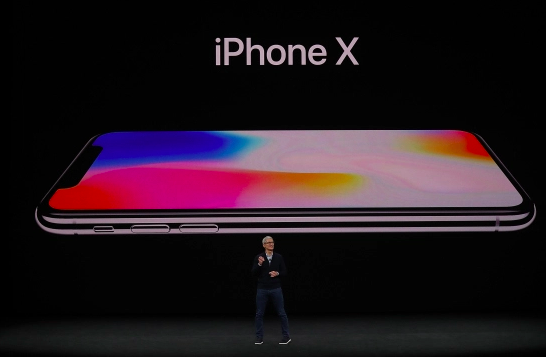 Apple Watches, iPhone 8s and everything else aside, we wouldn’t even bother sending Apple an anniversary card for their big announcement of the iPhone X, the 10th anniversary version of the iPhone. The big features of this supposedly very special iPhone are the removal of the home button, the screen is now the full size of the phone and the TouchID has been replaced by FaceID, where you can unlock your phone with your face. Wireless Qi charging is finally here too and gone are the colours gold, and rose gold (yes, two of the most popular and stylish options), you will only be able to get your new iPhone in grey or black now, hurrah!

Did we mention that unlocking your phone with your face has been a feature of many android phones for a few years now, as has wireless Qi charging and don’t even get us started on the edge to edge display of the aptly named Galaxy Edge. No new innovations here then… Oh, and did we mention that this shiny new piece of technology will set you back a whopping £999 if you live in the UK, but also $999 if you live in the US, which means that American customers are only paying £755 when all is said and done, much to the anger of many Britons. Not much of an anniversary gift, now is it? You’d have to re-mortgage your house to afford a price tag as steep as that. So, throw away those anniversary cards while you have the chance and save yourself some money.

Despite the introduction of wireless charging, Apple have not yet been able to come up with their own wireless charger, and are instead pointing consumers in the direction of Belkin chargers to charge their phone. This seems like a lazy and second-rate alternative considering there are literally hundreds of Qi charger manufacturers out there, and Apple couldn’t even pull their finger out to make one themselves. For a company who are so interested in monopolising all aspects and all areas of their market, this seems like a missed trick, especially since the technology is actually pretty old.

People were so disappointed by what Apple had to offer at their Keynote event, that shares in the company plummeted after the presentation with people expecting the iPhone X which will be ready to ship in November, to affect sales of the iPhone 8 which will be released later this month. With statistics like this, Apple will be in need of a few of our “Good Luck, Don’t Fuck It Up” and ‘Good Luck Cunt” rude good luck cards this year.

Sorry Apple, but there will be no happy anniversary cards this year, as it appears that the spell has finally been broken!